I am excited to see that my second prototype has greatly improved in comparison to my first prototype. The spherical interior and the larger scale have altered the design, sound volume and sound quality for the better. While the product was printing, however, I noticed that its size was much bigger than I had expected it would be when working on it on my laptop screen. This was a very important lesson for me to learn – the size that the model appears to be on a screen is very different than how it will turn out in real life. This is why using specific measurements and reference models is extremely important when modeling for the 3D printer. My mistake was that I only thought to measure the front face of my model to scale, to assure a phone would fit, and assumed the rest of the body would scale accordingly. This was not the case as the depth of the product ended up being much larger than I had wanted it to be. 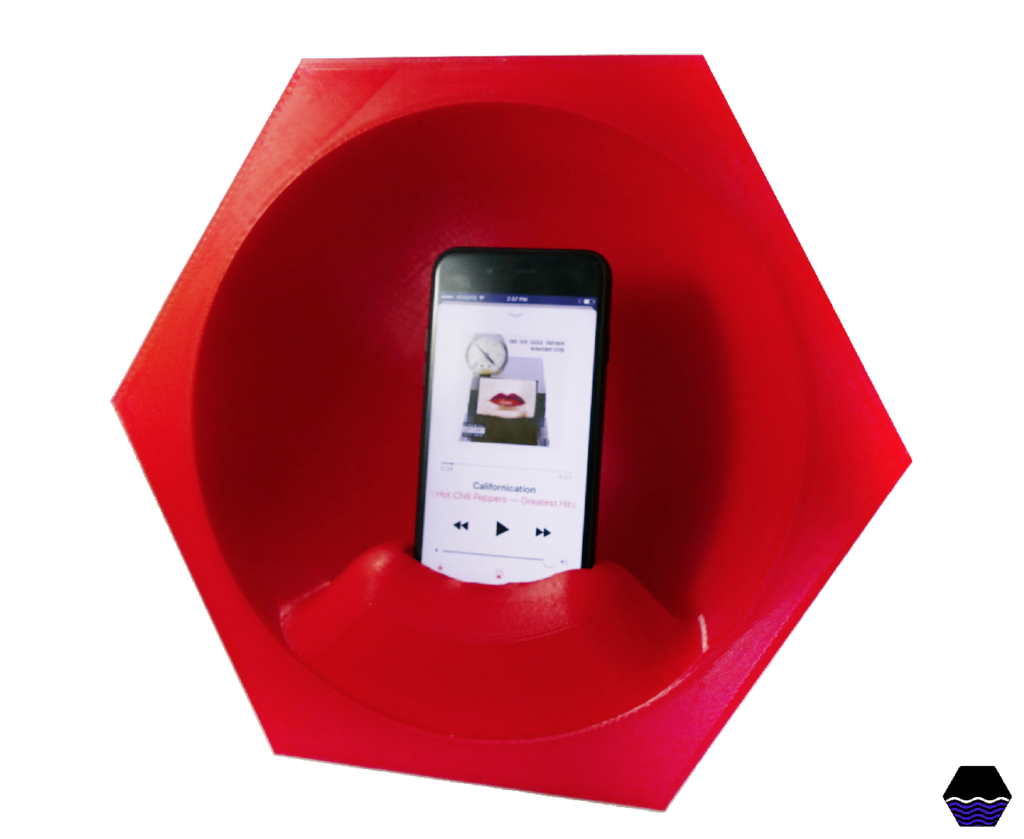 A main feature I would like to consider redesigning is the phone stand. The stand required an immense amount of support material to hold it up, which took me hours of digging and scraping to remove. My goal for my next prototype is to come up with a way to make the stand a more cohesive part of the main body, such as making a hole in the body for the phone, rather than extruding the stand outwards. This may require me to greatly rethink my design as I need to make sure that the functionality of the amplifier remains strong. 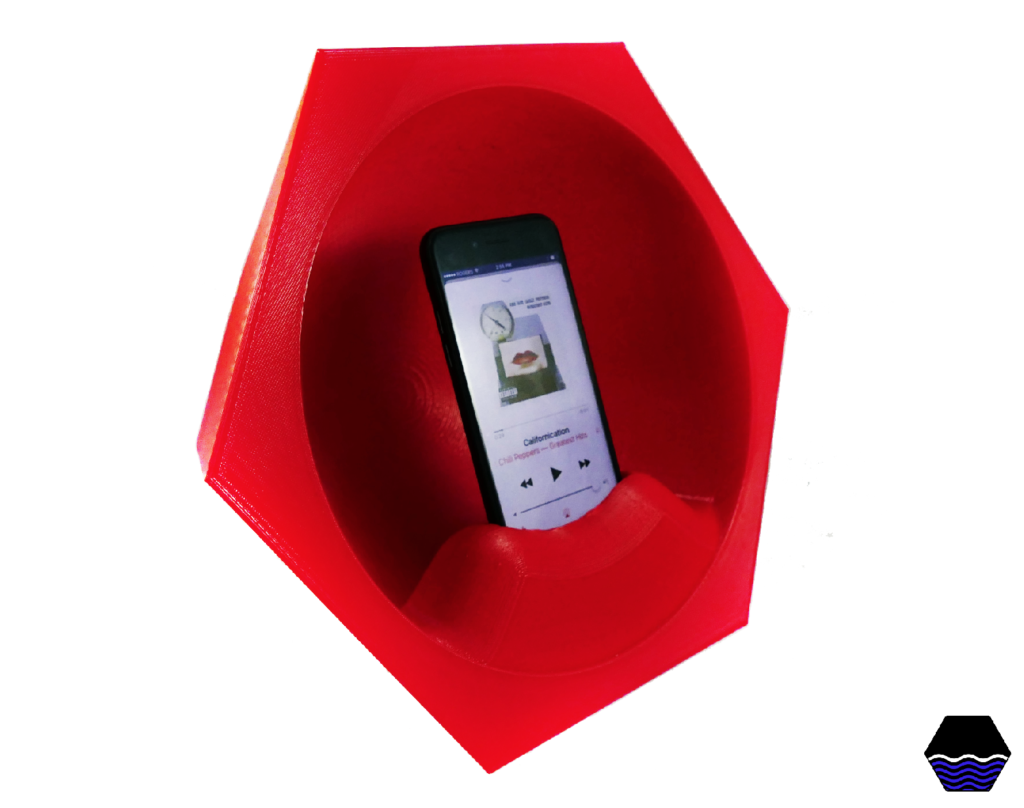 Continue to stay up to date with my project by liking 3DPhacktory on Facebook or following us on Twitter!